Birds as Omens and Signs

The following is from an article by Nicole Canfield posted on the Exemplore  web site.  I hope that you find it informative.

Birds as Omens and Signs 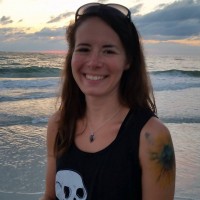 Kitty has had paranormal experiences her entire life. These experiences have fueled her passion to write about all things supernatural.

For many centuries, our ancestors looked to nature to bring them important information on their health, love, prosperity, and more. Many civilizations believed in animal totems and relied heavily on the messages that birds brought to them, including Native Americans, the Celts, and many other cultures. Why not use the same methods as our ancestors and listen to what nature has to say to us?

In this article, we will learn how to look at birds as omens and signs and how to listen to the messages they bring us. We will examine the following birds and meanings:

What Does It Mean If I See a Crow? Are Black Birds Bad Luck?

There is a superstitious misconception about black birds in much of Western society. Why is this? Is it simply because they are black and that color is often associated with evil? Or is it due to many years of stereotyping the crow or blackbird to be a witch's familiar? Either way, the black

as death omen seems to be one that sticks out in many people's minds.

is an ill omen is false. Even the Native American medicine man Bobby Lake Thom, who wrote Spirits of the Earth: A Guide to Native American Nature Symbols, Stories, and Ceremonies, says that the black

always has a message to bring and it usually is not a bad one. While the crow or blackbird can play the trickster, they are usually benevolent and bring news of good passage and protection. The black bird's reputation as a bad omen is not based in experience or fact.

The video below is one that I took of a black

(I believe it's a raven, others tell me it's not) fighting off an attacking blue jay. I took this as a good sign, not bad. I had a great day and an even better week that week that I saw this huge black

cross my path. I also immediately associated this omen (albeit a good omen) with the god Bran and the goddess Maeve . . . two deities that had been trying to get my attention for quite some time.

What If I See a White Bird? Is It a Curse or a Blessing?

Just as it is overly simplistic to equate black with bad, it might also be a mistake to associate white with good fortune. White doves often symbolize peace, joy, and love, white pigeons are linked to holiness or guardian spirits, and egrets are associated with prosperity. Pigeons and doves were also the only birds the ancient Hebrews believed were appropriate for sacrifice. On the other hand, many cultures equate the color white with death or emptiness.

One of the most powerful birds of prey, hawks have superior eyesight. Because of this, they symbolize vision, clear-sightedness, the big picture, and wisdom.

If a hawk lands near you or appears in dreams, a message is coming to let you know whether you are on the right path. Hawks are a call to take notice. Their appearance is considered to be a blessing.

The owl can symbolize various things, including a warning of death, wisdom, and mystery. | Source

As much as I love and adore birds in the wild, is there such thing as a

of ill omen? I absolutely hate admitting this fact, but I have to. I have personally experienced the owl as an ill omen and read about this in medicine men's writings. That was quite difficult for me to admit, as I am a big fan of owls. I find them to be beautiful and majestic creatures. However, every time my owl familiar has shown up at my home, within a week, one of my neighbors dies. So in my personal experience, the owl (no matter how lovely) is a

of ill omen because it brings news of impending death.

In Eastern Europe, if an owl lands on a person's roof, it is said to portend a death in the home. Some Native medicine men say that the owl can be work for evil forces to spy on you or perform other evil tasks.

of ill omen, according to some Native American tribes, is the buzzard. While I have no personal experience with buzzards, many find that they bring news of blockages during travel and other aggravating circumstances. Is the buzzard a

of ill omen to you? Or have they been a

of protection? Messages can vary from individual to individual.

Hummingbirds are impossibly strong, fast, and beautiful. They are revered for their speed and energy. If a hummingbird hovers nearby, or especially it one lands near you, it brings a message of joy and love. Native Americans associated hummingbird movement with a dance intended to bring balance to the world.

Other Types of Birds

There are so many other types of birds that might be trying to say something to you. To interpret the message they're bringing will require careful observation, research, and soul-searching.

Bird Gods and Goddesses Associated With Birds of Flight

A Bird in the House

in the house is not necessarily a bad omen." title="A

in the house is not necessarily a bad omen." A

in the house is not necessarily a bad omen.

What Does It Mean When a Bird Flies Into Your House?

An old wives' tales from the Ozarks and superstitions from other regions in the U.S. say that certain birds flying into the house are a bad omen, particularly turtledoves. But I say make your judgment from the situation and the circumstances that take place directly after the

is in your home. And of course, by all means, set the little thing free!

The ibis is a representation of Thoth, the god of writing, mathematics, and creation.

Some people often wonder if certain actions by birds mean certain things. In my experience and opinion, the meaning may be specific to your life. Birds were known as messengers to the gods. They were said to bring messages to us from the other side. Here are some common

omens and signs and their potential messages:

What If a Bird Flies in the Window?

flies into your car or house window and is knocked unconscious, it might die from the impact. This may be an omen that you believe you are getting somewhere in life, but that you will hit a wall soon. Don't worry, another window of opportunity will open. It can also be a sign that family turmoil is in store for the near future.

What If a Bird Follows You Home?

This is not necessarily an omen so much as an indication that this particular creature would like to be your friend. The

that follows you home might actually be what we call your "spirit guide" or "totem." These can be anything from a crow to a pigeon. Research the mythology behind whatever

is following you home and be open to the fact that this creature might be a guardian of one kind or another.

What Does It Mean If I Find a Feather?

feathers as gifts or signs from the gods. If you find a feather, it may be a message from your spirit guide or a deceased loved one. Read The Magic in a Feather to learn more.


"Seagulls often bring messages from the sea . . . or the other side."

How Can You Use Birds as Omens?

Augury is the process of answering a question by studying the flight patterns and actions of birds. The ancient Celts used this technique, and so did some Native Americans. It involves listening to nature and being receptive to the messages it brings us. There are answers all around us, we just have to be open to hearing them.

To read the flight patterns or actions of a bird, you really have to use your personal intuition. Here's how to get started.


One evening I was driving home from work when I saw a flock of about 20 birds flying above my car, into the sunset. I had been reading birds' flight patterns for years, so it came naturally to simply look at their swirling flight (in and out of one another). To me, this meant that I was to experience some chaos at home that evening. While I won't go into detail, I most definitely did.

Reading birds' flight patterns is not difficult. You just have to be open-minded and willing to watch and listen, with both your intuition and soul. Augury is a wonderful tool for divination and for everyday life.

To learn more, read Augury: How to Read Birds and Their Flight Patterns.

Vultures often scare people away, but they have a powerful message for all who want to hear. They show us that we can make life out of death...we can make good out of bad situations.

What Does a Dead Bird Symbolize?

If you've seen a dead

in the road, or perhaps accidentally hit a bird, it may feel like a bad sign. It may actually be a good sign, showing you that an end to turmoil or pain is coming. A dead

doesn't necessarily portend physical death, but metaphorical death. Perhaps you're going through the heartache of a break-up. Perhaps you are struggling to find a job. This dead

marks the end to your search and struggle. A new beginning is just around the corner.

Throw some love into the wind

@michelle
2 years ago
266 posts
I like to use Ted Andrews' book, "Animal Speak," for interpreting bird/animal/insect interactions. My copy is dog eared as I have so many encounters with my wild friends.

I was abandoned by wolves and raised by my parents.

Thanks Bing. My DH always has flocks of crows watching him wherever he goes and wondered what it meant. This was very helpful and interesting.

We have screech owls hooting in our trees all the time at night and once had one of them fall down our chimney and get stuck in our fireplace insert. We opened the doors and it flew silently out the back door. I am glad I did not know it is a portent of death when that happened!

@jellyroll
last year
2 posts
A flock of finches and crows that greet me daily. I do jave a cat. but these flocks of birds give me such happiness.